Sometimes it is just amazing what you can find in your mailbox if you are a postcrosser. Check out this collection of cards I got yesterday: 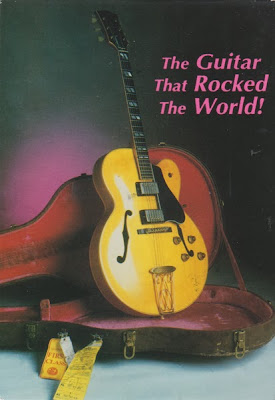 This is a Gibson ES-350T, the model that - according to the card - Chuck Berry wrote and played his songs with. It is on display at a restaurant called Blueberry Hill in St. Louis, Missouri, USA. The card was sent by Mary in St. Louis. 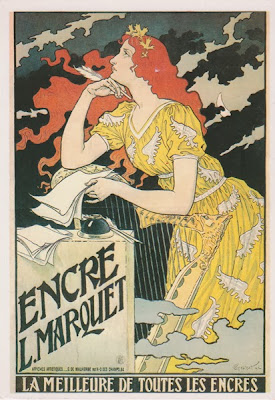 The artist of this Art Nouveau card is Eugène Samuel Grasset, the title is Encre L. Marquet and it's from 1892. It was sent by Manja, a new postcrosser from the Netherlands. 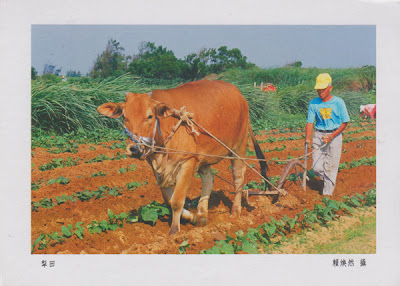 This postcard sent by Emily shows the traditional farming techniques in rural Taiwan. 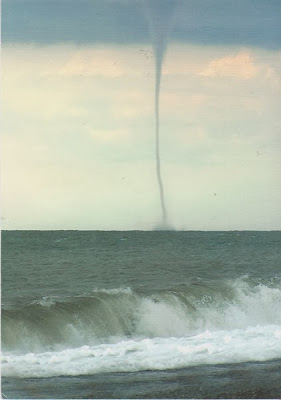 This amazing picture shows a waterspout in Sochi, Black Sea. Wow... The postcard was sent by Yuliya from Russia. 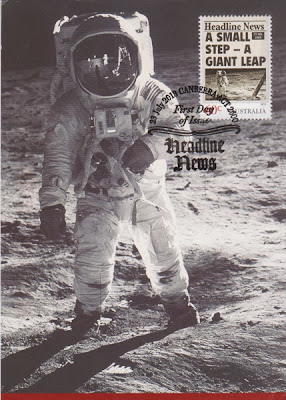 Here's a black & white Australian maxi card showing astronaut Buzz Aldrin on the moon and the headline that went with it on the stamp. In Germany, maxi cards aren't sold by post offices, Australia sells them as sets. This one came from Ally in Hobart, Australia.
von InBetween um 13:31