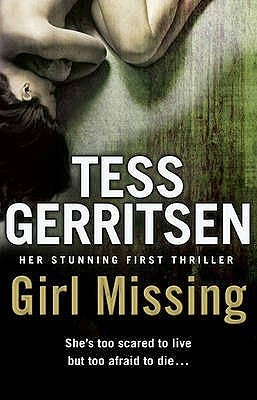 Before Tess Gerritsen started her bestselling series about Jane Rizzoli and Maura Isles she wrote some other medical thrillers. And even before that she wrote romances. In a new foreword (2009) to Girl Missing she explains the transition between the genres which - according to the author - happened gradually until she finally realised she had more interest in writing thrillers.
Girl Missing stars Kat Novak, a medical examiner who grew up in a difficult neighbourhood. Not surprisingly some of her clients in the morgue come from that area of town. When two suspicious victims come in with an overdose of an unknown drug  she knows something is wrong. First lead is Adam Quantrell, rich and beautiful owner of a pharmaceutical company...
Together the unlikely couple starts to investigate because the police is obviously not that interested.
The novel was a quick read, fast-paced, with just enough turns and interesting developments but also some real investigation work. Some scenes and the relationship between Kat and Adam are definitely more romantic than you would usually axpect in a Gerritsen thriller but as she explained this one marks the transition between the genres.