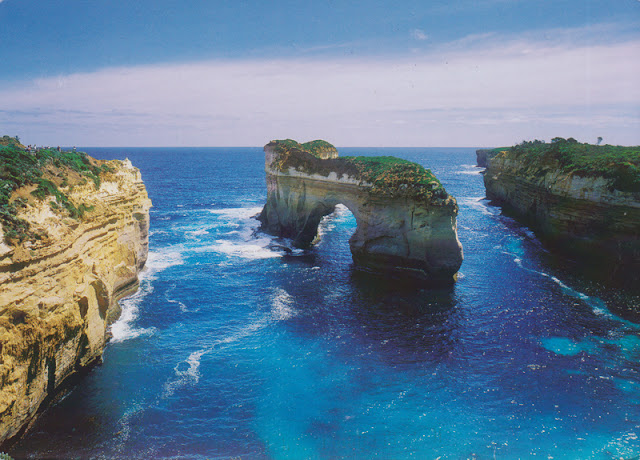 Loch Ard Gorge, Victoria, Australia
text on the card explains: "Located on the ragged coastline followed by the Great Ocean Road, Loch Ard Gorge is named for the iron clipper ship Loch Ard wrecked there in 1878 with the loss of all but two of those on board after a three-month voyage from Britain."
postcrossing card by Tanja, a German living in Australia
von InBetween um 07:00