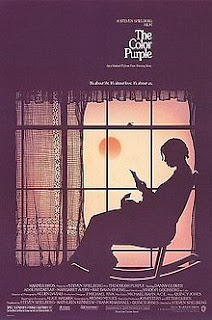 Probably bad luck for Steven Spielberg (and Whoopi Goldberg...) that he had to compete against Out of Africa by Sydney Pollack (and with Robert Redford and Meryl Streep) for the Academy Awards 1986. Both films were nominated for eleven (!) Oscars of which Out of Africa won seven, The Colour Purple won none.

Nevertheless, it is an amazing film. It was Whoopi's debut and she did fine. Spielberg made his first non-typical, non-blockbuster-like film and it worked out well. It's emotional, it's true.
It has some stunning scenes of sheer beauty and others show off the brutality of the times so realistically that it just makes you cry.
It's a film you can come back to after years and find yourself touched by it all over again. 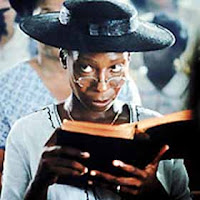 I think
it pisses God off
when you walk by
the color purple
in a field
and don't notice it.
von InBetween um 00:38