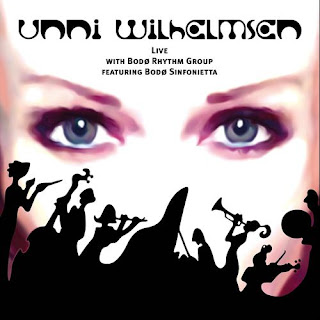 As Unni reports on her website that in 2008 she did one concert in Bodø Kulturhus, accompanied by a local rhythm group and sinfonic orchestra. She sang some of her songs in rearranged versions and some cover songs. Those included some jazz classics and other cover versions, for example Joni Mitchell's "Both Sides Now" or "Cry Me a River". The concert was recorded but until now Unni didn't think about releasing it as an album. But here it is - and it's lovely!
I can't say which song is my favourite - they are all beautifully orchestrated, some with simple piano accompaniment, others with strings and some lovely sax or flute solos. Together with Unni's stunning voice it's a whole album full of goosebumps songs, very moving, at least for me.
von InBetween um 15:45