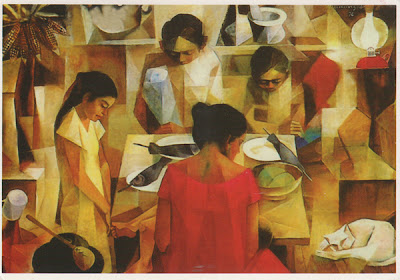 This is an art card I received from the Philippines. It was sent by Philip. The artist is from the Philippines too: Vicente Manansala (1910-1981) studied in Banff and Montreal in Canada and in Paris, France. He developed a style called Transparent Cubism.
The title of the painting is simply Prayer before Meal.
I like it.
The wikipedia article offered another example of his work, Philippines Mother and Child (1965): 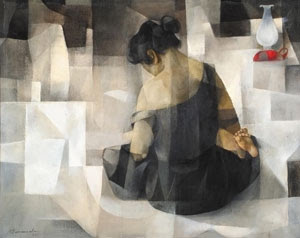