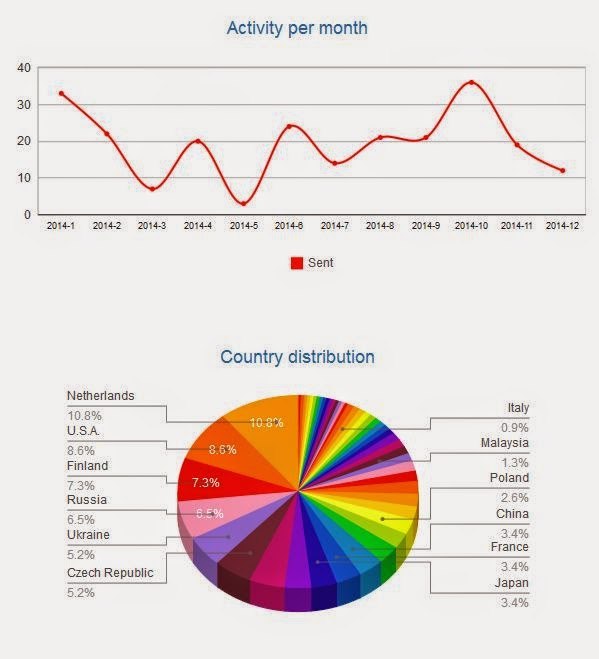 I've been active in postcrossing since 2010. It is still fun to send and receive cards from all over the world. Since I joined membership numbers exploded and postcrossing is a really huge community now. There are more than 500,000 registered users in 213 different countries.
Postcrossing has become especially popular in Russia (11,6%) and Taiwan (9,8%) and they make up the biggert user groups at the moment. They are followed by the USA, China, Germany and the Netherlands. That are some big changes compared to 2011 for example when the Netherlands, Finland and the USA were the main countries active in postcrossing. 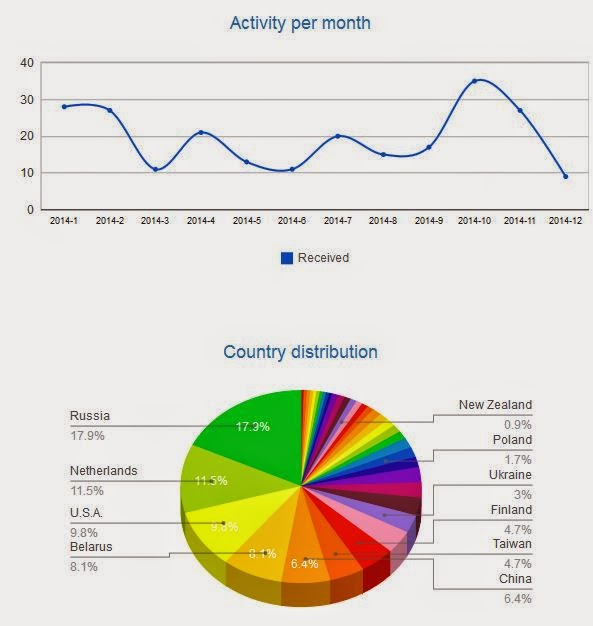 My own statistics mirror the same phenomenon. I sent 232 cards in 2014 to 48 different countries.
I received 234 cards altogether but only from 37 countries. And a huge majority of 17,3 % was sent from Russia. There is a bit of an imbalance in that, I felt it during the year and always thought that there were a lot of cards from Russia. Seeing that put down in a statistic is a confirmation of that feeling.
I'm a bit disappointed of the difference in the number of countries. Of course it's nice to send cards to many different countries but it would be nice to receive cards from a the same number instead of repeated countries (Russia...).
Nevertheless, it is a great hobby and I wouldn't want to miss the penpals and friends in art I found via the community.
von InBetween um 11:04