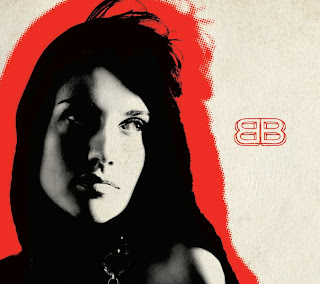 Ever since I saw her on the two Sarah McLachlan shows in Germany in 2004 I'm a fan.
These days she finally releases her third self-titled album. In short: It's great. I listened (and danced) to the first single 5678! so many times already...
After having serious legal problems with her first record label she now found an alternative way to promote her music: She's a vivid twitterer and links her music on FB so her fans got more than a small glimpse of her work. So 5678! was out there for everyone to listen to, for everyone to see. Just one day after the Australian release she gave her fans a "secret" link to stream the full album (which is quite unusual I guess) and included a link to order the album online. So I was able to listen to the ten tracks before my purchased mp3s will be available for download. On top of that she recorded very personal live versions of every album track with the help of some of her great singer/songwriter friends (Missy Higgings or Katie Herzig), all of them apparently around her home. Some of them are funny, some of them nearly heartbreaking (see videos below or go to the playlist).

I totally agree with Stephanie-Bowie Liew who wrote in a recent concert review: "[Butterfly] sings with her whole body and face; not in a dramatic way, but rather organically, as though she can’t help but put all of herself into her singing."

I suggest you see and listen for yourself and buy that album because an artist like that has to be supported by buying her music: butterflyboucher.com