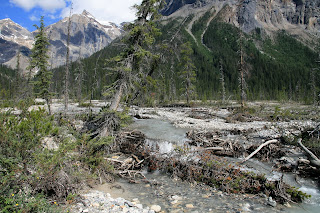 One of the longest hikes this summer was the trail to the Yoho Pass starting from Emerald Lake. We didn't actually go to the pass but switchbacked down the mountain again on the other side of the lake. I think we managed more than 20km and an altitude difference of about 800m. The pictures for the first panorama were taken shortly after the starting point at the end of the lake. We crossed an area with lots of rubble and the meandering river. There were lots of fantastic views on the lake, the valley and the surrounding mountains. After we passed the tree line I took the photos for the second panorama. We also visited Takakkaw Falls in the evening which is one of the highest waterfalls in British Columbia (302m) . 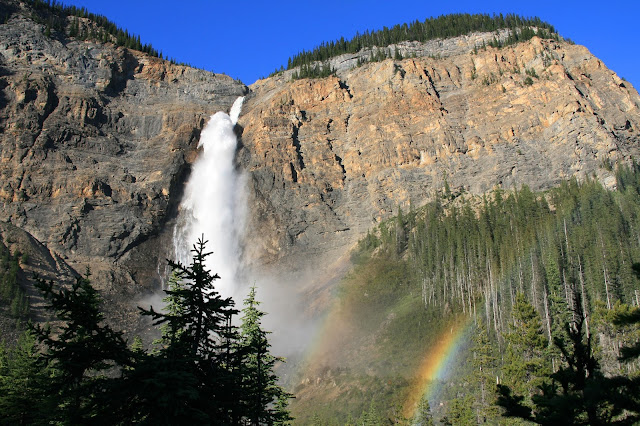