I read in some comments on the web that Russia wants to ban Karlsson on the Roof by Astrid Lindgren or actually has been trying to ban it for a few years now (article on the new law that started the discussion). So I thought it was a lovely surprise to receive a Karlsson card from Russia the other day. Apparently there is a cartoon series by director Boris Stepantsev.
The card was also signed by several postcrossing members at a meet-up on 12th April with lots of nice wishes and sent by Elvina from Tomsk, Russia. 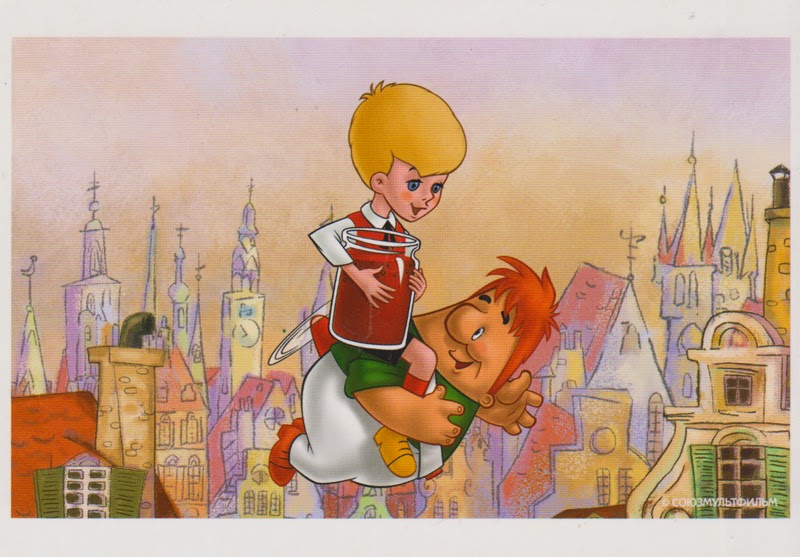 You do receive really nice postcards and wake up really early..