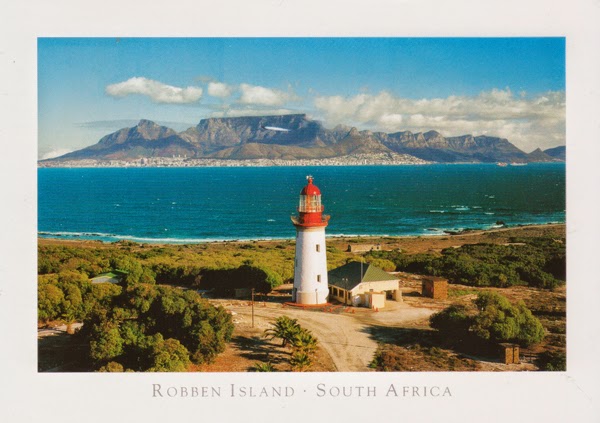 Robben Island is a small island just opposite Capetown, South Africa. It was used as a prison island and Nelson Mandela spent 20 years of his life in a small cell there. Since the 1990s the prison is transformed into a museum and the island can be visited as national and nature monument.
In postcrossing terms it is a quite unusual card. In more than 1200 received card there are only three  from South Africa. And two of them arrived within two days. This one was sent by Janet.