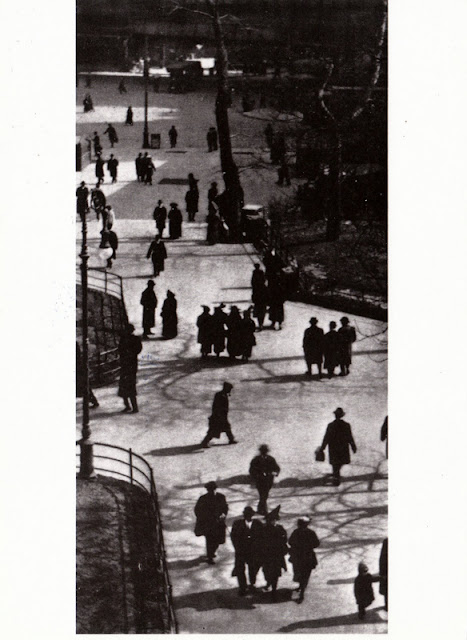 Paul Strand (1890-1976) was an American photographer and filmmaker. The wikipedia article states that he helped to establish photography as an art form and that he also influenced the work of other artists, e.g. the paintings of Edward Hopper. He was connected to and supported by another great American photographer, Alfred Stieglitz, who run a journal called Camera Work. Some of Paul Strand's photos were published there.
The card was sent by Lynette from California and shows City Hall Park, New York (1915).